The Curious Case of Two-Year-Old Phenoms 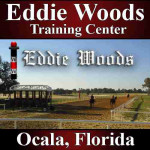 Yesterday, April 6, was as thrilling a day of racing as anyone could ask for, with the Kentucky Derby picture finally becoming a little less muddy, and photo finishes in graded stakes races providing edge of your seat excitement. Bob Baffert, who might’ve been shut out of the Derby for the first time since the Late Jurassic Period, now has both Roadster and Game Winner going to the Derby thanks to their one-two finish in the Santa Anita Derby-G1, and Improbable poised to run in the Arkansas Derby-G1 next week.